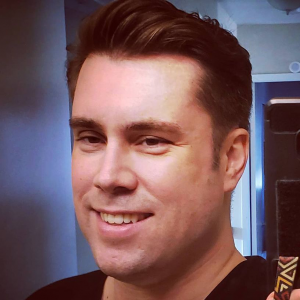 Kaleb Grace is a game developer of many talents: software engineer, music composer, designer, and artist. His list of credits include Final Fantasy XV: A New Empire, Marvel: Avengers Alliance, Star Wars: Commander, Where’s My Water? 2, and dozens of other titles for Disney and Machine Zone.

Kaleb has a Bachelor of Science degree in Digital Audio Technology from the University of Silicon Valley (USV) in San Jose, California, where his focus was Game Audio Production. He also has an Associate of Science degree in Internet Programming from Anthem College in Phoenix, Arizona.